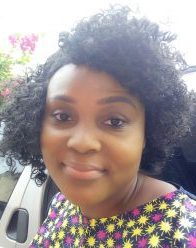 I was eleven years old when I woke to the sound of bullet cartridges pattering on the iron sheet roof of our home. It was 15 years ago.  From that moment everything I had known about this small town, Ile-Ife, where I was born in Nigeria , changed forever.

Life as I knew it came to a standstill. No school. No playing outdoors. No laughter. I didn’t understand how people who lived next door to each other suddenly became enemies. To discern what was happening I started to ask my elders questions. They told me of a time, long ago, when settlers came into the town looking for work, and after their labour they were paid with acres of land. The farm owner would throw a stone and wherever it landed formed the boundary of the new piece of land. This is how the settlers formed their community. I also learned that there had been episodes of violence some years ago between the original dwellers and the settlers, but settlers and traditional land owners reached peace by marrying their children together.

Ile-Ife was no longer that clearly demarcated space. The settlers and dwellers had mingled and intermarried and there was also the teeming non-native population. So, when fighting broke out, we who didn’t belong to either faction were caught in the middle. On one of the fighting days, when we heard that the settlers were approaching our street, their gunshots announcing them, Mum began to stuff clothes in rice sacks as she ran screaming in the house, telling us to hurry. I wondered what we would do with all the clothes. I wanted to tell her to stop but then I saw the fear dancing in her eyes. I realized she needed to pack something in order to control her fear. Outside, other fleeing neighbours created a more dramatic spectacle. I saw Baba Dada, the tailor-on-the-go, who often walked the streets carrying his sewing machine on his shoulder and making a tinkling sound with his scissors. This time he carried a pot of soup on his head and shuffled as fast as his protruded belly would allow him. Everything thrown in the trunk of the car, we sped away to safety: to my Uncle’s house in a deeper part of town.

A burnt down buildings welcomed us when we returned. The dwellers had pushed back the settlers away. To celebrate their victory they burnt every settler’s house on the street. The settlers had done the same in their community. The government sent intervention and the fighting stopped. The town seemed to return to its usual, slow stretching mornings, and languid evenings, but the pain, sense of betrayal, and loss hung in the air like the stench of fermented beans.

When I went out in the days after the crises, I found myself looking over my shoulder several times. Peace felt so fragile. There were days when people would suddenly start running: a full blown panic until someone stopped to ask, “What’s wrong? Why are you running?” Then, you would realize nobody knew. Sometimes, it took just a trail of smoke in the distance or a loud bang and everyone would run everywhere.

On the day the first day of the conflict, the settlers who worked in the dwellers region had all left work early. That pointed to something very jarring and scary. They had prepared for this war day in, day out while pretending that everything was normal.

The tales of betrayal continued to spread. One of  the incidents I remember the most is the one my mother told me –  a man caught by the settler’s army. In their midst, he saw his former colleague who refused to meet his eye as they debated on what to do with him. They were friends and colleagues who had shared more than a work space. The man survived but without the help of his former colleague. Most of these people could not return to their former workplaces because they would not be looked upon the same again.

My town that once steeped in a rich heritage of ancient relics and history became the shadow of itself. Akarabata, a once buzzing neighborhood that used to house a night market became a coven for miscreants, who lived in the abandoned houses and prayed on their victims in some of the burnt houses. It was impossible to forget because the evidences were all around us.

Somehow the reason behind the conflict was unclear. It had seemed that the settlers wanted a local government of their own. But was that really the main desire behind all the senseless killings and destruction? Did they want an equal claim to the land and an end to being treated as visitors? Those questions may never find an answer. The only thing that was clear on both sides was the realization that what was lost could never be regained.

Whenever there is a fight in the town, it escalates quite quickly into clashes of machetes and guns. Recently, the fight that broke out in the town was between the bus transporters and a migrant tribe. In just a few hours, cars were burnt and people killed. It shows that when that thin line between peace and strife has been crossed, it is often difficult to mend. Now, the settlers and dwellers live in relative peace. Everyone understands the need for individual space.